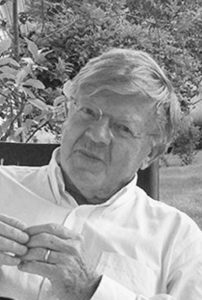 A Literary Series Event
with
Lance Morrow
via
LIVE STREAM

The Library Foundation is honored that author and journalist Lance Morrow will speak in the library loggia. His essays appeared 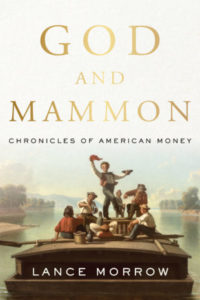 for many years in Time Magazine, where he wrote over 150 cover stories, eight Man of the Year profiles, and hundreds of essays. His essays covered wars from Vietnam to the Middle East and Bosnia, every presidential election from Nixon to Biden, and the radical changes in American life in the second half of the 20th century into the 21st.

In his most recent book God and Mammon: Chronicles of American Money, Mr. Morrow writes about the partnership of God and mammon in the New World—about the ways in which Americans have made money and lost money and about how they have thought and obsessed about this peculiarly American subject. Fascinated by the tracings of theology in the ways of American money, Mr. Morrow sees a reconciliation of God and mammon in the working out of the American Dream.

Mr. Morrow is the author of eight other books, including a widely acclaimed memoir, The Chief. His essays have been published in Fishing in the Tiber and Second Drafts of History. He is a winner of the National Magazine Award in essay and criticism and is currently the Henry Grunwald Senior Fellow at Washington’s Ethics and Public Policy Center.

Mr. Morrow was born in Philadelphia, the son of two journalists. His mother was a syndicated Washington columnist. His father was editor of the Saturday Evening Post. He then joined the staff of New York Governor and later Vice President Nelson Rockefeller, for whom he became chief speechwriter, aide, and political adviser.

Mr. Morrow grew up in Washington, where he was a Senate page in the early 1950s. He attended Gonzaga High School and went on to Harvard.