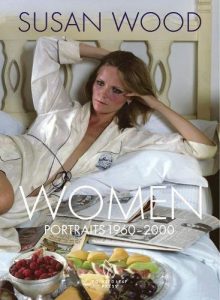 Women: Portraits 1960-2000 is a compilation of portraits taken by American photographer Susan Wood of some of the most prominent and influential women of the 20th century. Her notable subjects include Diane von Furstenberg, Martha Stewart, Nora Ephron, Alice Waters, Jayne Mansfield, and Gloria Vanderbilt among many others.

The Library Foundation and the Boca Grande Camera Club are honored to present Susan as a featured speaker in the Library Loggia on March 22nd.  Susan Wood’s work represents a number of milestones in American photography over a period of more than 40 years.

She was involved with the advertising business on Madison Avenue and won a Clio, the most sought-after award in advertising. Mademoiselle chose her as one of their top Ten Women of the Year and her work appeared in many other periodicals including Vogue, Life, Look, Harper’s Bazaar, and New York magazine. Susan Wood was a founding member of the Women’s Forum and was involved in the fight for women’s rights and equality in the 1960s and 1970s. She was also friends with many of the vanguard of the feminist movement including Betty Friedan and Gloria Steinem.

Susan has a home on Boca Grande and on Long Island, New York.