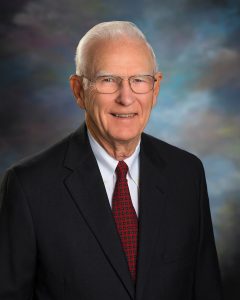 Roger Howe’s memoir, A Farm Kid’s Journey is more than a personal story, it is a story of our culture and society during the years it spans. In her forward, Dr. Heidi A. McKee, Associate Professor at the Howe Center for Writing Excellence, states, “In the tradition of the best memoirists, Roger brings not only his own and his family’s stories to life – he also reflects on key periods and moments in history.” 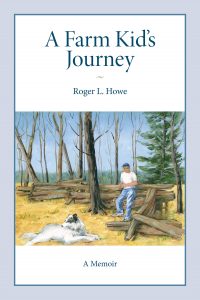 Roger and Joyce Howe met when they were both students at Miami University. They are founders of the of the Howe Writing Initiative and the Howe Center for Writing Excellence there. They reside in Ohio and spend their winters here on Boca Grande.

This is Mr. Howe’s second book. His first, Doing Interesting Things with Interesting People in Interesting Places, tells the story of the building of U.S. Precision Lens. In the preface of his memoir, A Farm Kid’s Journey, he writes, “There are those who say our lives are just a ‘speck in time.’ I prefer to think of each generation as a ‘bridge to the future.’ This is the story of my ‘bridge.’”

On Tuesday, February 11, 2020, at 4 pm, Mr. Howe will speak in the library loggia. He will be introduced by his good friend and fellow writer, Daly Walker.