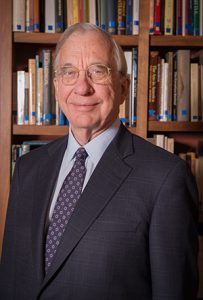 The Boca Grande Art Center and JF Library Foundation present Theodore E. Stebbins, Jr. Ph.d. His presentation is entitled “50 Years a Curator: Whatever Happened to the Art World We Knew?”

Ted Stebbins is a graduate of Yale, the Harvard Law School, and received his doctorate in Art History from Harvard as well.

He has served as curator of American Art at the Yale Art Gallery.  At the Museum of Fine Arts in Boston, from 1977 to 1999, he organized seventeen exhibitions and acquired 400 works ranging from Copley to Warhol. Most recently he served as the curator and professor of American Art at Harvard, until his retirement two years ago. He has written about seventy five books and articles on American and contemporary painters and photographers from colonial times to the present. Stebbins is known nationally and internationally for organizing the first major show of American paintings to travel to the Peoples Republic of China, and for organizing a much admired exhibition of American Art for the Louvre in Paris in 1983. He now advises several museums and private collectors on matters of acquisition policy.