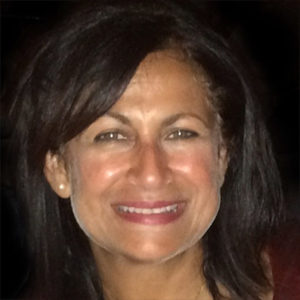 Join Noha Ryder, CFO of Apollo’s Fire, at an informal discussion in the library loggia.

Apollo’s Fire is named for the classical god of music, healing, and the sun. On Monday, January 24th, we screened the inspiring documentary Playing with Fire: Jeannette Sorrell and the Mysteries of Conducting. On Tuesday, January 25, 2022, Noha Ryder was on-hand in the library loggia to talk about Apollo’s Fire.

An informal conversation took place with a group of people who had attended the documentary, the previous afternoon. Noha has been closely and uniquely affiliated with Apollo’s Fire since January of 2015. She became General Manager and Director of Development in 2016 and is currently the Chief Financial Officer. She holds a bachelor’s and Master’s of Business Administration from Case Western Reserve University.

At the live stream event, the wi-fi signal dropped and we lost a few minutes of Noha’s talk. The missing segment contained Jeannette Sorrell’s message to the Boca Grande Community and to those participating in the screening of Playing with Fire. Her comments are noted below.

Here is a recording of the conversation:

A Note from Jeannette Sorrell:

I’m sorry I can’t be with you today, as AF and I are on tour.  But I’m sure you will have an interesting discussion with my friend Noha Ryder. Noha was our recent Exec Dir during a busy and exciting 6 years, including the making of this documentary film, Playing with Fire.

You all know Deb Nash, and Deb is one of the few people around today who attended our debut concert at a sheep barn 30 years ago, and lived to tell the tale!

How did this film come about? Well, Apollo’s Fire and I were supposed to play 2 concerts of Handel’s Messiah on a Sunday at the Met Museum of Art in NYC.  The evening before – on Saturday evening – we found ourselves stranded at the Cleveland airport – All flights were canceled due to a snowstorm. What to do? Apollo’s Fire had never canceled a concert in its history. We could not imagine canceling in NYC.

So we all got into cars and drove through the night to NYC – through snow and dense fog. Arriving in Manhattan at about 11 am on Sunday morning, there was not enough time to go to our hotel. So we dragged our weary selves directly to the Met Museum, and some of us curled up on the floor of our crowded Green room backstage, to nap for an hour. We looked like refugees.

Then in that bedraggled state, exhausted, with wrinkled clothes and messy hair, we did 2 concerts of Handel’s Messiah. And afterwards, an elderly gentleman came backstage. He introduced himself as Allan Miller, a retired filmmaker. He said he had never heard such a magical Messiah. He said he believed he had one more film left in him, and wanted to make it about me and my work.

So I guess the lesson is, if you want to be in a film, show up to meet the director looking as bedraggled and exhausted as possible, and make sure your clothes are wrinkled.

I hope you enjoyed the film.