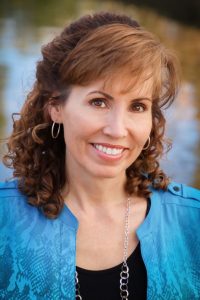 Lisa Wingate is a former journalist and the bestselling author of more than 20 books. Her novel, Before We Were Yours, is set in 1939 and tells the heartbreaking story of a group of siblings who were stolen, held at an abusive orphanage and then sold into adoption. The book has received many awards, including the 2018 Southern Book Prize for Southern Fiction. It has been on the New York Times Best Seller List for more than a year and has sold over 1.5 million copies.

Ms. Wingate’s novel is based on the true story of the victims of Georgia Tann, the evil Director of the Tennessee Children’s Home Society. The lives of hundreds of children were altered forever when they were stolen from their parents and sold into adoption by this ruthless baby thief. She operated the Tennessee Children’s Home Society in Memphis from 1924 to 1950. During that time it is estimated that 5000 babies were sold on the black market. Conditions in the orphanage were appalling. Children suffered all manner of abuse and many died in her care. 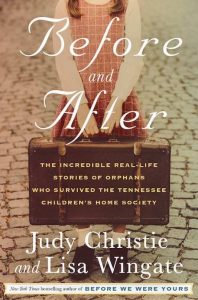 The survivors of this travesty and their children, still carry the wounds of the involuntary separation. After the release of Before We Were Yours, Ms. Wingate met many of these survivors. She was inspired to write the true story of the Tennessee Children’s Home atrocities. Her non-fiction account, entitled Before and After, is scheduled to be released in September of 2019.

The Library Foundation is honored that Ms. Wingate will be speaking in the library loggia on Thursday, January 30, 2020 at 4 pm.