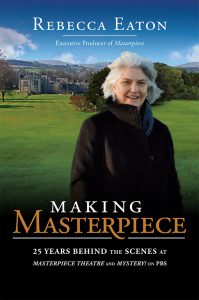 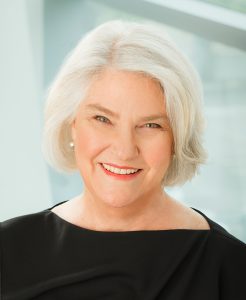 We are honored to present Rebecca Eaton as the speaker at our 2020 Annual Benefit.  Ms. Eaton took the helm of the PBS series MASTERPIECE THEATRE and MYSTERY! in 1985, and later oversaw a highly successful relaunch of MASTERPIECE which attracted a new generation of viewers. She has brought American audiences Hilary Mantel’s Wolf Hall, the recent hits Victoria, Sherlock, Poldark, Downton Abbey — the most-watched drama in PBS history — as well as such high-profile titles as Grantchester, Prime Suspect, Wallander, Cranford, Little Dorrit, and The Complete Jane Austen. Under her leadership, MASTERPIECE has won 62 Primetime Emmy Awards®, 16 Peabody Awards, six Golden Globes®, and two Academy Award® nominations. In 2011, Eaton was named one of TIME’s 100 most influential people. Her distinguished career has earned her the official recognition of Queen Elizabeth II —with an honorary OBE (Officer, Order of the British Empire). A graduate of Vassar College, Eaton began her career at the BBC World Service, then moved on to PBS station WGBH Boston where she produced programs ranging from business to sports to dance to drama before becoming executive producer of MASTERPIECE. Eaton’s memoir, MAKING MASTERPIECE: 25 Years Behind the Scenes at Masterpiece Theatre and Mystery! on PBS, was published by Viking in 2013.

As Andrew Davies wrote in his Vanity Fair article, “… Rebecca is the pre-eminent go-to partner when you are setting up a classy drama production. Her name is on a staggeringly long list of prestigious and award winning shows… In the world of TV drama, names and faces appear and disappear with bewildering speed; Rebecca Eaton is immortal and immutable

The auditorium is sold out, but Simulcast Tickets for the Woman’s Club Room are available.