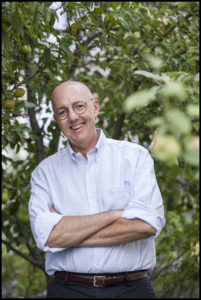 Scroll down to view a video of the event. 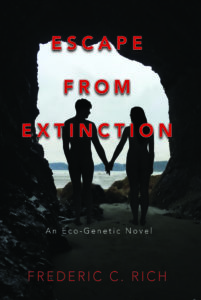 Last year, Chinese geneticist He Jiankui was jailed for creating two genetically modified human babies.  Notwithstanding the global outcry over He’s work, Russian molecular biologist Denis Rebrikov announced plans to do the same.  In 2007, scientists using the same technology “de-extincted” the Pyrenean Ibex, and major efforts are underway to bring back the wooly mammoth and passenger pigeon.  The digital revolution is being overtaken by a genetic one.  Scientists wielding new tools for editing DNA now have the power to change the blueprint for humanity, hack evolution, re-engineer nature, resurrect extinct species, and even create entirely new forms of life.  We are in what Siddhartha Mukherjee in his bestseller The Gene calls “a headlong sprint into an abyss.”

Escape from Extinction is not science fiction.  The science is real, not speculative.  It is an updating of the Prometheus/Frankenstein story for the age of genetics.  In Michael Crichton’s 1990 Jurassic Park, the intersection of avarice and scientific hubris gave us man-eating velociraptors.  In Escape from Extinction, the monster is an empathetic and charming Neanderthal boy, who many think presents the same threat to humanity as Crichton’s dinosaurs.  The characters and the country grapple with the mystery of Neanderthal extinction, the history of eugenics, and the broader question of whether life, nature, and evolution can or should be brought under human control.   In Frankenstein, the monster destroys its creator. Escape from Extinction raises the question of whether the “monster” might instead have the power to redeem its creator and his species.

“Escape from Extinction” (the book) is available to purchase at the Library Foundation Office.
Please call Bobbie Marquis at 941-964-0211 to make arrangements to pick up your copy.

The video link below can be viewed at no charge.