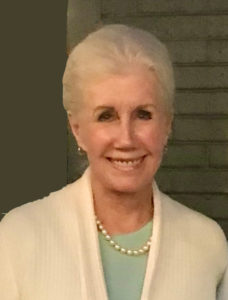 The Johann Fust Library Foundation is honored to present a writing class and workshop taught by Lucinda Sullivan. The course is titled “Focus on Fiction,” and is designed for those who aspire to learn and practice the art of creative writing.

Students will have the opportunity to improve their own projects in progress, read passages aloud in class, receive guided feedback from the group, as well as margin notes and instruction from Lucinda Dixon Sullivan.

Sessions begin March 16th and run for five Wednesdays from 3:00 to 5:00 pm, including a break for Easter week, concluding April 20th. Registration information will be available after January 3rd.

Lucinda is originally from Kentucky. Her mother taught Speech and Drama at Western Kentucky University and coached the debate team. Lucinda’s early life revolved around the University. She went on to the University of Kentucky and graduated from the University of Louisville. She later went to Vermont College, where she received her MFA in writing focused on fiction. Lucinda’s novel, It was the Goodness of the Place, was published in 2003 by Fleur-de-Lis Press.  She has also written essays and short stories and has had an active life as an editor.

Currently, Lucinda is working on a collection of stories, including a novella. For Island Booknotes 2020, she wrote a review of Colum McCann’s 2020 book, Apeirogon. Lucinda was featured as one of the “Authors Unmasked” at the 2021 Virtual Literary Series produced by the Library Foundation.

The cost for the class is $300 for the session.
Due to health and safety concerns, class size will be limited to 10 students.

Note: If more than 10 people register, the attendees will be chosen via lottery.
Registration Deadline: February 15, 2022