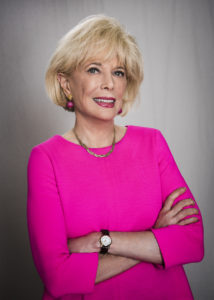 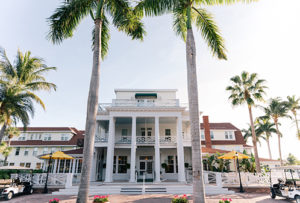 The Library Foundation is honored to present our first Author’s Luncheon. Our guest speaker is the inimitable journalist Lesley Stahl. Ms. Stahl’s presence in the national media is legendary. She has won many awards for her investigative journalism. To mention just a few, she was awarded 13 News and Documentary Emmy Awards – one for Lifetime Achievement. In 1996 she received the Alfred I. duPont-Columbia University Silver Baton for her segment titled “Punishing Saddam.” In 2013 she won the Edward R. Murrow Award for Overall Excellence in Television.

Ms. Stahl has worked at CBS News since 1972 when she covered the Watergate hearings. During the presidency of Jimmy Carter, she became the first woman at CBS to serve as White House Correspondent. She was also the CBS White House Correspondent during the presidencies of Ronald Reagan and George H. W. Bush. As the moderator of “Face the Nation” on Sunday mornings from 1972-91, Ms. Stahl interviewed world leaders including Margaret Thatcher, Boris Yeltsin, and Yasser Arafat. She has been featured on 60 minutes since 1991, where she has repeatedly demonstrated journalistic courage and excellence.

Not only has Ms. Stahl’s journalism career been iconic, she has also authored two books. Reporting Live was published in 1999 by Simon and Schuster, and Becoming Grandma was published in 2016 by Blue Rider Press, an imprint of Penguin Random House. In Becoming Grandma, Ms. Stahl writes about the transformative experience of being a grandmother. She approaches the subject in both a personal and a journalistic manner. The theme is timely as many baby boomers are now grandparents, and they are decidedly different than those of past generations. Ms. Stahl tells this story through personal interviews with friends, discussions with professionals, and by relating her own experience.

The Library Foundation is thrilled that Lesley Stahl will be our featured speaker at this first-ever Author’s Luncheon, which will be held at the beautiful Gasparilla Inn.

Ticket information will be available in February of 2022.